Matt Fornataro – Former captain of the UNH hockey team during the 2007-2008 season, Matt has been working out at Elite for the past three summers. A native of Calgary, Alberta, Matt typically comes back to the Seacoast of NH to enjoy his summers after a long season.

After finishing his career at UNH, Matt was signed by the Worcester Sharks, the AHL affiliate of the San Jose Sharks, for the 2008-2009 season. That year he had 10 goals and 15 assists. In 2009-2010 he signed with the Norfolk Admirals, the AHL affiliate of the Tampa Bay Lightning where he had 11 goals and 7 assists. Norfolk re-signed Matt for the 2010-2011 season and he was invited to attend the Lightning’s NHL training camp.

This past summer, Matt’s intensity and work ethic echoed through Elite from May through August. He pushed the hockey group both off and on the ice.

We wish Matt the best of luck as he takes his performance to the next level. 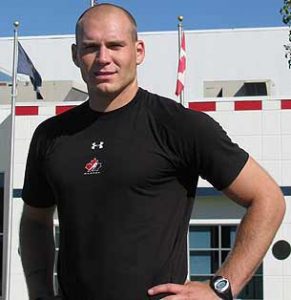 Mariah Crisp – Mariah has been training at Elite since January 2009. She is a junior at Portsmouth High School(PHS) and is an accomplished pitcher for the Varsity PHS Softball team. As a freshman, she was the #2 pitcher and had two starts. In each game, she pitched one-hit shutouts and registering 21 strikeouts in 12 innings of work. PHS won the State Championship that year. As a sophomore she became the #1 pitcher and registered great starts. She had 204 strikeouts in 102.1 innings pitched, 15 complete games, 5 shutouts, and 4 no-hitters. She was 2nd-team all-state, MVP, NH all coaches pick 2nd team, and Foster’s Daily Democrat Dream Team high honorable mention. She has a 13-6 record in her PHS career and is striving to better that in the upcoming spring season. She continues to work hard in the offseason, training with us 3 days a week and also meeting with her pitching coach. Mariah is a joy to train and wonderful to be around which makes the workout environment fun. 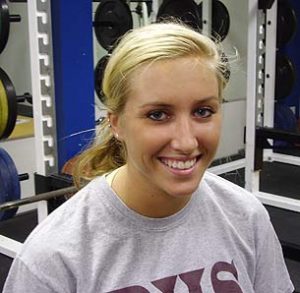 We're only as good as the results we help you to achieve. Whether your goal is performance excellence, injury recovery, or someplace in-between, we can help you reach your objective. These are some of the athletes who are working very hard to reach their goals